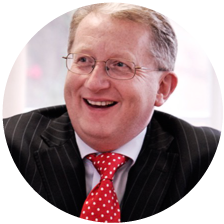 The Chartered Institute of Taxation (CIOT) has announced its team of Officers for 2018-19.

Ray McCann, a former HMRC Inspector and current partner at Joseph Hage Aaronson LLP, will be the Institute’s new President. He is currently the Deputy President. Ray is a member of the Joint CIOT/ATT Professional Standards Committee and was chair of that committee between 2013 and 2015. During his time at HMRC, Ray oversaw the introduction of the UK’s “DOTAS” (Disclosure of Tax Avoidance Schemes) rules and set up the Business Tax Clearance Team and the Avoidance Intelligence Unit.

Current CIOT Vice-President Glyn Fullelove will be Deputy President. Glyn is Chairman of the Technical Committee of the Chartered Institute of Taxation and a former Chairman of the International Taxes Sub-Committee. He is the Group Corporate Services Director of Informa Plc (including head of tax function).

Peter Rayney will be the Institute’s new Vice-President. Peter practices as an independent tax consultant, having previously been a tax partner at BDO LLP. He is a widely-recognised tax author and lecturer and regularly contributes to the professional press. Peter won the Institute’s Fellowship Thesis prize for his thesis on selling companies for a deferred consideration (with particular reference to earn-outs).

“The Chartered Institute of Taxation continues to grow and to build upon its position as the Professional Body for tax advisers in the UK and increasingly we are building relationships overseas. It is a great honour and privilege to be entrusted with continuing this success, as President for the coming year and I am looking forward to working with Glyn Fullelove and Peter Rayney, the CIOT Council, our staff and our many volunteers in meeting the challenges facing the profession.

“As the first former member of HMRC to be President of the CIOT I want to further build upon the work of my predecessors on professional standards and the major challenges to the profession and HMRC of the digital world.”

“I am delighted to be able to serve the CIOT as Deputy President. Coming from a commerce and industry background, I hope that through this role I can continue to work to improve the public understanding of the taxation of large companies, within the wider objectives of the CIOT as an educational charity.”

"Having been involved with the CIOT in many different roles since qualifying as a CTA (when it was called ATII), I am honoured to take on the very exciting role as its Vice-President. Tax issues are never far from the media these days and I am really looking forward to working with my fellow officers in carrying out the Institute's important work."